You are here: Home / Career Exploration / Become an Artisan and Create Career Opportunities for Yourself 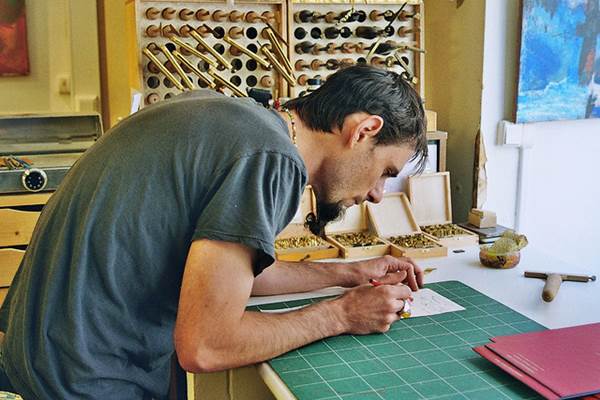 More people have access to tertiary education now than they did one or two generations ago. However, most school leavers who qualify for university studies donâ€™t consider any form of tertiary education. While some students do well in an academic environment, others are bored and often drop out before the end of the first year, simply because they are not sure what career they would like to follow.

Many, then, go on to travel abroad in order to mature and find out what it is they would like to study. The truth is that some people just donâ€™t want to sit in an office all day, and while their job titles sound impressive, each career has boring aspects that are often overlooked when young people research career options.

The South African government has adopted a new slogan, â€œItâ€™s cool to be an artisanâ€, in order to support its declaration of 2013 as the year of the artisan. There is a desperate shortage of skilled artisans in the country with the average age of people currently in this profession being 55 years old! The shortage is so big that foreign artisans have to be imported to complete building projects. This phenomenon is not limited to South Africa. All one has to do is think of the skilled migrations policies in Australia and New Zealand to see that.

Itâ€™s vital that this problem is addressed as shortages hamper the possible economic growth of the countries concerned. Itâ€™s particularly bad in a country with an unemployment rate that is greater than 25 per cent. In 1975, South Africa had 33Â 000 registered artisans compared to only 3000 registered artisans today! This creates an enormous opportunity for young people, as well as people who want a career change.

Where are the shortages?

Shortages are most abundant in the technical skills area, especially when it is in passenger and commercial vehicles, auto-electrical, and autotronics industries. Brick layers, plumbers, and electricians are also in high demand. The National Development Plan states that “we should be producing around 30Â 000 skilled artisans per year in order to reach our growth potential, and also to reduce unemployment levels. We are currently producing about 13Â 000 skilled artisans per year”.

The South African government, in partnership with the private sector, has invested billions of rands in the establishment of new FET colleges across the country, in order to provide training for students who want to work in this field. There are also several private colleges that teach specialised skills, such as plumbing. Government has also made R6 Billion available in loans and bursaries for needy and deserving students.

The best part about becoming an artisan is that you get to decide your own working hours, and once your apprenticeship is over, you can work entirely for yourself (no boss!). For the individual who enjoys running and growing his own business, this is the perfect opportunity to do so. In a field that has so few competitors, customers will also be willing to pay well if they receive excellent service.

Louisa Theart writes for MBA Study, which focuses on education news and tips for new and mature students around the world.