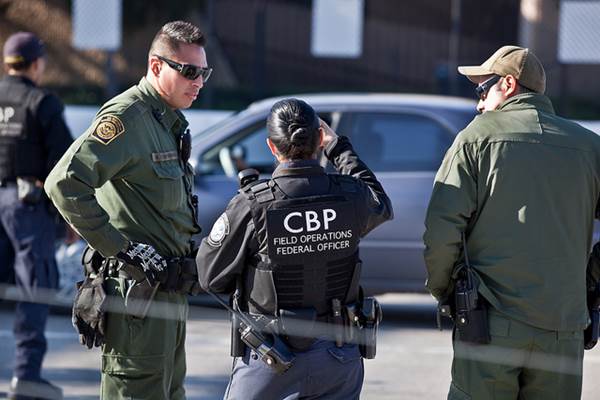 You may imagine the Homeland Security Department to be heavy on high-stress hot-zone security jobs, but it’s more than just the muscle that secures America’s borders. It’s also a complex department that oversees dozens of federal agencies and employs tens of thousands of hard-working folks who live and breathe security matters.

As a member of the HSD, you’ll have access to countless opportunities in virtually any field that interests you. Keep reading to learn how to protect your country and get paid handsomely for doing so.

The First Line of Defense

The United States’ ports, land border crossings and international airports are its most physically-vulnerable locations. At a time when many other federal agencies are tightening their belts and implementing hiring freezes, the US Customs Agency and the Border Patrol are both beefing up their staffing levels and investing in high-tech new equipment to detect potential threats before they become problematic.

As a Customs agent, you’ll probably start by staffing a station at a border crossing or airport to gain valuable experience and get a feel for how border security works. With a bachelor’s degree in criminal justice or intelligence, you may be able to obtain a coveted security analyst or managerial position.

The Border Patrol has been in the news a lot recently thanks to a string of highly-publicized drug busts along the Mexican border. You may imagine Border Patrol agents to be in constant motion, riding around in off-road vehicles with weapons at the ready, but the reality is far different; As a Border Patrol agent, you’re responsible for conducting protective searches of vehicles, using forensic science, and taking the time to interview suspects and persons of interest in ongoing investigations of security threats like drug gangs and terrorist organizations.

The United States faces plenty of domestic threats as well. Among other agencies, the US Secret Service and the Federal Protective Service both play key roles in uncovering and neutralizing these threats. The former provides physical protection for members of the Executive Branch, foreign dignitaries and certain other government officials. It also investigates the countless public and anonymous threats that high-profile officials receive each day, determining which have merit and which can be dismissed as hoaxes.

One of the largest and most famous of the Homeland Security Department’s component agencies, the Transportation Security Administration is responsible for securing the country’s rail and air routes. The most visible TSA agents are the security screeners whom you encounter at the airport, but there are dozens of other jobs to choose from within the agency. Federal air marshals, rail cargo and road freight inspectors, and handlers of explosive-detecting dogs all fall under the TSA’s purview.

Whether you’re protecting the President, working behind the scenes to uncover threats against ports or nuclear facilities, or keeping airline passengers safe and secure, you’ll love your new career with one of the Homeland Security Department’s many component agencies. Not everyone feels like their job makes a difference in the grand scheme of things. When you work for the HSD, it’s hard not to feel that way.

Shelley Ramsey writes full-time for education blogs nationwide. She writes for www.superscholar.org where you can find more information on the best distance mba.