You are here: Home / Job Search / Thinking Outside the Box Finally Got Me a Job 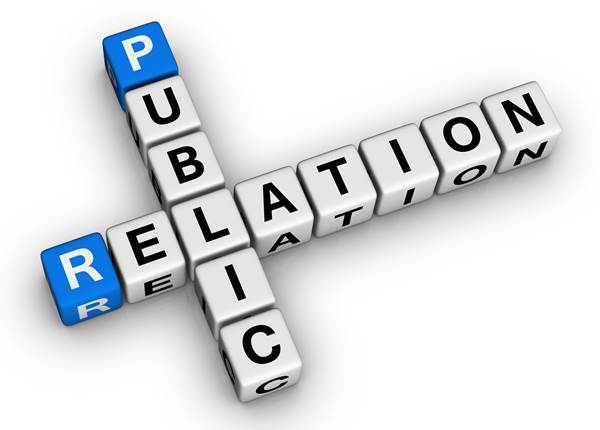 My successful job search involved my being proactive about finding employers who were hiring and creating ways for me to stand out from other job applicants. It was important for me to keep a positive attitude and to not become discouraged.

A Job in Public Relations

I currently work as a Public Relations Consultant for a Boutique Public Relations and Marketing agency. My job primarily consists of developing communications and marketing campaigns for clients in the automotive and healthcare industries.

On a common day, I write press releases, contact the media to schedule interviews and garner press coverage for my clients. At one point in my life, I would have considered this position to be a dream job because I actually graduated from college with a Public Relations degree. I had several disappointing odd jobs before obtaining this position and starting my public relations career.

After searching diligently on various job sites like Monster and CareerBuilder, I found my current position by actually picking up the phone and calling the company. I printed out a list from the Internet, of local public relations and marketing companies, and I called each business to inquire if they were hiring. I called about 15 companies and each cone told me they were not hiring, except for one.

The company that informed me they were hiring said that they had one open position and scheduled an interview within the same week. At the interview, I was told that the company rarely advertises on job search websites and will usually search for new employees at industry and networking meetings and conferences. After three interviews with managers at the agency, I was hired. I had searched for a public relations job for over two years and I have been employed in this position for almost six years now.

Being Proactive a Must for a Professional Career Hunt

While searching for my current job, I learned many important aspects about the professional career hunt. The most vital thing is to be proactive and not passive in the job search process. To be proactive means to take matters into your own hands and not wait for opportunity to come to you, but to create your own opportunity. I was very discouraged while searching for a public relations job. I almost gave up because I felt like there was just too much competition and that everyone was able to see the same jobs that were posted on websites like Monster and CareerBuilder.

After sending out over one hundred resumes to online job boards, I decided to take a different approach and to contact potential employers directly. In doing this, I stood out from other job seekers who just blindly send out their resumes. I did not want to continue to just sit back and wait for employers to sort through the large pile of resumes they received and maybe eventually find mine.

Take Multiple Actions as Your Strategy

Cold calling potential employers was just one of my strategies. I also attended networking events and used social media forums, such as LinkedIn, to meet people in my industry and learn about new opportunities and employers who were hiring. Starting early in the morning, I began each day thinking how I could be proactive about my quest for obtaining my dream job. This strategy gave me more confidence as a professional because I took responsibility in advancing my own career.

Think Outside the Box

When conducting a successful job search, it is vital to have a professional resume, positive attitude and to think outside the box. Even though cold calling got me the initial interview with my employer, it was imperative that I presented a proper resume that highlighted my experience, skills, and education in the best possible light.

The first thing the hiring manager asked me for when we met was my resume. Before she began asking me questions, she reviewed my resume and started asking me questions based on the information it contained. My resume was organized in a standard format that was easy to read with correct grammar and descriptive words that described me as a professional.

A Positive and Optimistic Attitude Keeps You Afloat

Another important factor I found in successful job hunting is keeping a positive attitude. I received many negative responses and often times no response at all before finally getting hired. If I had not kept an optimistic attitude and outlook then I probably would have given up. Many times, I felt like giving up and settling for a job outside of my educational background, but I decided to keep hope that there was a position out there for me if I searched diligently.

I learned that thinking outside the box was important when I searched for my job in an economy with a high unemployment rate. When I was looking to land a PR position, I assumed that many recent college graduates and professionals looking for new opportunities were sending their resumes to the same positions I found on the Internet, and this was discouraging to me. I figured that other applicants had resumes that were probably just as good as mine and would just as equally catch the eye of an employer.

It was frustrating to think about how much competition there was for jobs in my field. However, as a result of thinking outside the box and cold calling companies, I was able to find a hiring agency that had not even advertised their opening. It was important for me to not become complacent on the same methods of job searching, but to be creative to grab the attention of employers.

Find and apply for your next successful job interview at AfricanAmericanHires.com where youâ€™ll find all the jobs in one place.

The above real workplace story, narrated to Erich, illustrates how ‘thinking outside the box’ makes excellent strategy for a successful job search.