You are here: Home / At Workplace / Will Driverless Cars Make Millions of Jobs Obsolete? 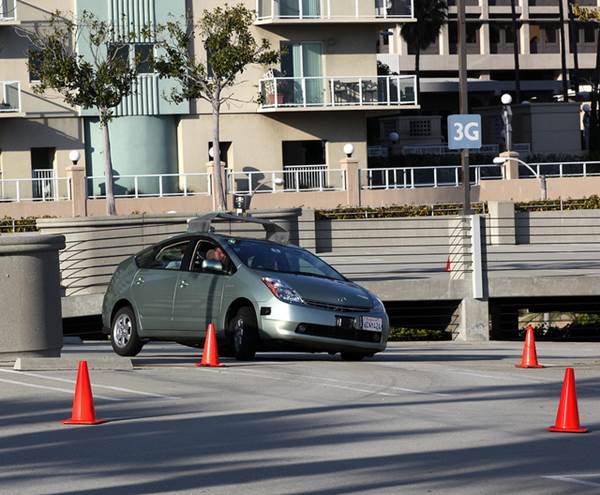 For better or worse, Google aims to make driverless cars a reality – and truthfully, there’s a whole lot of “better” for the average driver. Though the technology is still in its infancy, driverless cars would virtually eliminate human error, which is the number one cause of accidents. You’d no longer have to worry about texting and driving, trying to manage fighting kids in the backseat, or simply making little decisions like when it’s safe to turn that could potentially result in a dangerous collision. And this isn’t as far in the future as you may think!

New cars already come equipped with many driverless features, from anti-lock brakes to stability control, cruise control to collision alerts. There are even vehicles that can park themselves using FROG (Free Ranging on Grid) technology. But what are the social implications of taking this to the next level? Many experts fear the impact on the economy if cars become driverless. It may have more wide-reaching implications than can be easily predicted.

It’s amazing when you stop and think how many people make a living from driving. All those delivery cars and vans bringing pizza, flowers, catering, office supplies, gym equipment, and more – what would the economy be like if nobody was needed to drive them? Then eliminate limo, taxi, bus, and shuttle drivers, and also the truck drivers who haul goods from one end of America to the next every day. That’s just the tip of the iceberg.

When it comes down to it, the livelihood of many workers depends on traffic violations and car accidents. Safer cars mean fewer medical personnel, police officers, insurance agents, mechanics – maybe even lawyers. Clearly, there are plenty of other ways for those professionals to make money, but they would suffer a hit. It will surely be many years before driverless cars are widespread, but they pose an important philosophical question on the nature of both technology and the economy.

Do technological advances contribute to the class divide by eliminating work for middle and lower classes? Or should society move past profiting from unsafe conditions?

In 2013, driverless car bills were introduced in nine states in addition to California, Florida, Nevada, and the District of Columbia, where the technology is already legal. Google claims their cars can reduce traffic accidents by up to 90 percent, and they hope to have the first model commercially available by 2017. Legislators are scrambling to decide what this means for the rules in many different areas.

One day, your car might need to get a driver’s license instead of you. Zoning and parking regulations could be a thing of the past. Car insurance could be for vehicle manufacturers instead of drivers. A court might need to prove you were intoxicated when you programmed your car in order to prosecute a DUI case. Even now, lawmakers have questions, such as whether driverless cars in California need a special license plate. And with every state deciding for themselves how and when to introduce driverless technology, manufacturers worry that the standards might not be uniform across the country or the globe.

Even 20 years ago, the idea that human beings would be entirely replaced by machines in the economy was still far-fetched science fiction. But driverless cars are one way you can see how quickly it is becoming a possibility. In an era where you can visit factories entirely run by robots, debate has arisen about the digital divide and what it means for the social and economic future of the industrialized world. Luckily, the quicker technology evolves, the more easily available it becomes.

Will driverless cars spread like smartphones, or will the gap between who can afford to be safe and who can’t widen even further? Scientists, economists, and more worry that the workforce is being narrowed down to a select group of highly educated billionaires while opportunities for the lower class are dwindling. But choosing between that reality and the possibility of eliminating 90 percent of car accidents is difficult at best. Some serious issues have to be tackled before a new age of futuristic convenience can dawn.

America is recovering from the most severe recession since the 1930s, and most people in this country are accustomed to seeing technology as a gateway to job creation, not job elimination. But technology might be one of the main reasons that governments around the world start to reevaluate the nature of the economy and the thin line between keeping us safe behind the wheel and making sure the majority of people don’t get left behind.

Amy Thomson is a blogger for Monkey.co.uk car insurance, a leading UK insurance comparison site helping you save money on your family policies. Follow her on Twitter @VroomVroomAmy.