You are here: Home / At Workplace / Will Gen X Pass On The Baton Or Will Gen Y Snatch It? 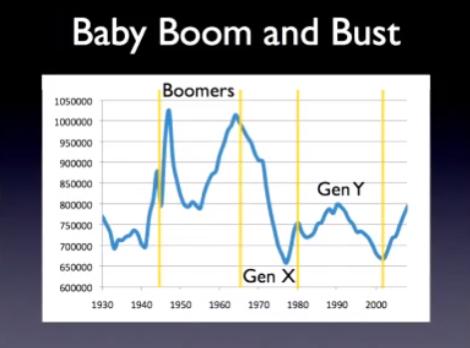 The workplace battle has already begun. While Gen X claims its right to retain power on the war frontâ€¦erâ€¦work front, Gen Y wants the control of the mahogany desks for itself.

Throughout history, sections of people have been grouped according to nomenclature based on different factors like cast, color or creed. The latest addition to this list is based on generation – starting from Baby Boomers, going onto Generation X and Generation Y. The sound of mortars and shells is growing louder now as Gen Y has just crossed over to their 30s. However, Gen X doesnâ€™t seem to be in a hurry to hand over the baton of management over and Gen Y is not shy of hiding its intent on snatching it from their hands.

Ready to Take Over

I came across a well researched and informative article on the subject titled â€œGen Y @ 30: charmed, tech savvy and ready to take overâ€ written by Lorna Edwards in The Sydney Morning Herald. Lorna interviewed six smart Gen Yers, just starting into their 30s and has given us valuable insight about these ambitious professionals who are ready to take over management control in workplace.

Edwards tells us that the Gen Y generation members mean business and that â€œthey are far better educated and more globally aware and technologically savvy than any generation before themâ€. While the article is based on the impressions of Australian Y professionals, it pretty much reflects that generationâ€™s ideas on a global level.

The Baby Boomers are busy finding ways to deal with vanishing or diminishing old age pensions or social security money. There is also the realization that they have a longer life span now, thanks to medical advances. So while they take care of their own problems, the battle rages between Xers and Yers.

Edwards rightly suggests that Gen X might be facing a â€œPrince Charles Syndromeâ€ in the sense that instead of getting the reins of management over from Boomers, they are seeing a fierce aggression by Gen Y to dethrone them even before their coronation. Social researcher Mark McCrindle, author of generational tome The ABC of XYZ is quoted as saying, ”The gen Yers really do offer a compelling case to take over the leadership.” Gen X then has a right to ask if it is fair for them, especially since they burnt â€˜midnightâ€™s oilâ€™ to bring things to advancement. Y’ers are not buying any of that and are riding hard on their technological â€˜horsesâ€™.

Caught on the Cusp

Gen X, no doubt, worked very hard to bring the world on the technological platform that we see all around us today. Actually, they were caught on the cusp of the â€˜pre-technologyâ€™ and â€˜post-technologyâ€™ stage of civilization. On the other hand, most Gen Ys opened their eyes when the technological horizon had already dawned. So, the different way of thinking should not come as something strange.

One of the interviewees, Kathleen Walker rightly points out that â€œit’s important that each generation does look at the ways in which they’re doing things differently and â€¦ the ways in which they make an individual happyâ€. Another interviewee David Woodruff is gearing for the long haul â€œmaintaining that 30 is not a significant occasion when you intend to live past 100â€.

Well, Gen X has many of their own years to live longer too. Hence the tug of leadership war, as they want Gen Y to tow the lines a little longer.

Which Way is this ‘War’ Headed?

It is increasing looking like that scene at a three storied apartment building. On the top floor, some youngsters (Gen Y) are partying late on a weekend and disturbed by the noise, some middle aged residents (Gen X) on the middle floor are calling out to them to tone it down while on the ground floor, the elderly (Baby Boomers) are muttering at both!

But seriously, which way is this war headed? Hard to say at this stage as the deciding factors could truly be global factors like the violent shakeups of global economy, more technological advances and changing social norms. However, age old wisdom suggests that if the passing of the baton is smooth, the relay race will produce winners. For such a scenario, both the front runner and the back up one have to read, understand and respect each otherâ€™s moves during transition. Else, the baton might roll away on the track to the chagrin of both Gen X and Gen Y.

For complete text of the informative article by Lorna Edwards visit: