You are here: Home / At Workplace / 6 Ways The Person Who Is Always Late Can Redeem Themselves

One of the rudest things in the world has to be when someone is constantly late. You don’t want to become that person, but you might be too late! Luckily, you can redeem yourself if you start trying to change right now. It’s not easy to suddenly start turning up on time because being late is a habit you’ve built into your system.

Let’s look at a few of the things you should start working towards right now:

1. Get everything ready the night before

If you’re going on holiday, you wouldn’t pack your suitcase a few minutes before the taxi arrived at your home. You would pack everything a few nights before and it would mean you could deal with any unforeseen circumstances. You should apply this to your daily life and that means organizing everything the night before. If you take a bag to work, you should get it ready and leave it at the door. Make your lunch at night and grab it from the fridge in the morning.

Unless you have a satellite navigation system built into your head, you will get lost if you try to drive in an area you haven’t been in before. If you look at a map before you leave home, there is much less chance of anything going wrong. You might think you don’t need a map, but you will feel like an idiot driving around and asking strangers for directions.

From now on, you should know how to get from A to B without taking a detour around the rest of the alphabet.

3. Try to get there early 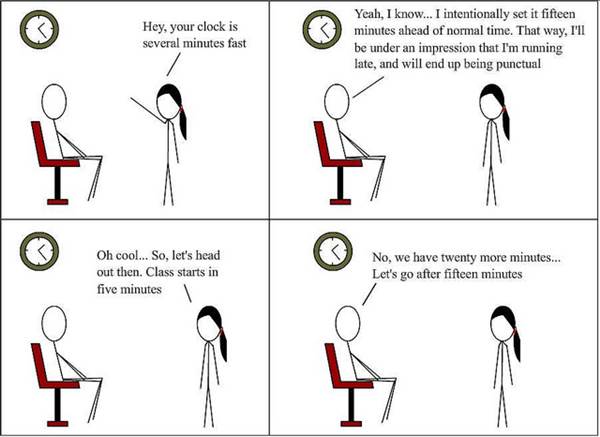 There is no such thing as being too early, but you can definitely be too late. Even if you’re a little late, it will annoy people because they decided to leave their house in plenty of time. You’re obviously allowed to be late if your car breaks down or you stop to save a baby from a burning car, but people will eventually stop meeting you if they always end up waiting. Aim to get anywhere 15 minutes early and you can do the waiting from now on.

4. Don’t get distracted before you leave 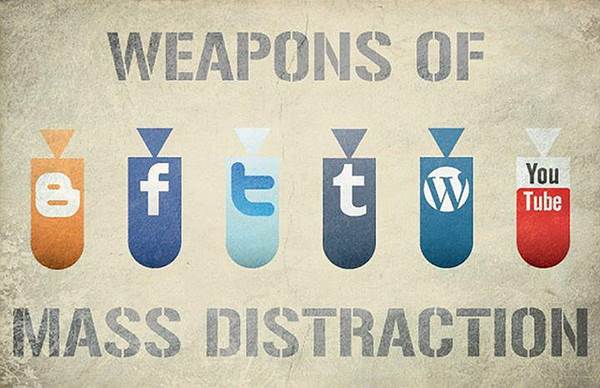 You could have everything ready and just as you’re about to leave the house, you get distracted. You completely forget about where you were meant to be going and after 10 minutes, you suddenly remember you were meeting someone. The only way you can stop this from happening is by refusing to be distracted by anyone. If you can focus your awareness on where you are meant to be going, your mind won’t run away from you.

5. Choose a time that suits you

If you know there is a chance you will be late, you shouldn’t arrange to meet someone at a certain time. If you need to drop your child off at the nursery every morning, your boss might let you start 30 minutes later. It’s better than being 5 minutes late every day because that is an easy way to get fired. If you don’t know whether or not you can be somewhere for a certain time, you should make other arrangements.

6. Understand the consequences of being late

We’ve touched on this before but if you are always late, you will eventually be fired. If you become the person who is never on time, your friends won’t arrange to meet you anymore. You might think there are no consequences to being late all the time, but there are. If it’s not something obvious like getting fired from your job, it could still ruin your reputation. I know that is something you don’t want to happen.

Adam Pole is a technician at Global Time Systems, a leading supplier and distributor of time clocks based in Australia. He is an avid blogger and writes about a variety of topics in his articles.