You are here: Home / Job Search / Artist Finds that Networking Is the Best Way to Find a Job 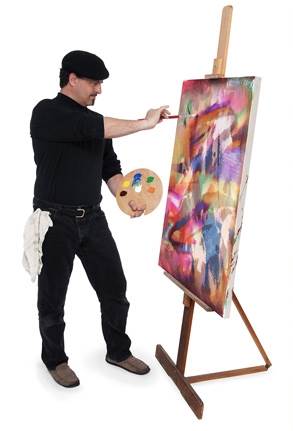 Thousands of people are looking for jobs right now and job listings sometimes attract hundreds of applicants. Letting friends know you are looking for a job might just give you the edge that you need in such a crowded field.

I Found My Current Job through Networking

I am currently working for an online automobile auction house as a technician in the internal tech support department. I found this job through networking. I had made friends with a group of people who got together for recreation through an online site called Meetup. I let them know I was seriously looking for work and eventually one of them mentioned a job opening at the place where he worked.

I had graduated as an art major almost three years earlier and had looked for work constantly since graduation. I did some freelance art work and even landed a temporary position with the Census Bureau during that time, but otherwise I was unemployed.

When I first started my job search, my parents tried to be helpful; they offered advice that had worked for them such as checking the ‘wanted’ ads in the paper. The newspaper, I quickly learned, is no longer the place to look for a job. Over the last few years, our local paper’s job listings had dwindled from several pages down to a handful of listings.

I located the places where employers are now finding applicants for job openings by doing online research. Craigslist was one good place to start. Though there were a fair number of scams, I was also able to find some legitimate local listings. Because I started looking for work right when the economy crashed, there were lots of listings for internships and other unpaid positions. The idea, I suppose, was to get a foot in the door but I could not afford to work for free.

I quickly found other online job listings simply by typing the name of my state and the word â€œjobsâ€ into the Google search bar. Some of them were very up to date while others listed long-outdated job openings. I found that sites for city, county or state employment opportunities were the most reliable. I ended up with several interviews based on applications that I sent to job listings on Internet sites. From what my friends were telling me at the time, even getting a single call-back was a really good sign, so getting several gave me a sense of hope.

Stand Out From the Crowd by Making Face-To-Face Contact

If I were applying for the same position with a different company, I would call and check on the progress of my application and, if at all possible, I would visit the hiring office in person. Several times during my job search, face-to-face contact allowed me to move closer to my goal of employment. With such a huge segment of the population looking for work right now, I really think that introducing yourself helps you stand out from the crowd.

Though I am working in tech support, I hope to work as an artist someday. I have a publicly viewable online portfolio of my art work that has earned me some freelance assignments. I keep in touch with companies that have hired me in the past. I occasionally drop them an email and thank them for the work they have sent my way. I hope it helps them remember me if they ever have more freelance work available.

â€œIf Your Friend Likes You, So Do We!â€

The best job interview I had was the one that got me my current position. The job paid well and I knew that I was well-qualified to fill it, but nearly three years of unemployment had me on edge. The whole interview only lasted about ten minutes. The man doing the interview said, basically, â€œIf your friend likes you, then so do we. You’re hired.â€

I had fought the idea of networking simply because I had so few contacts to work with. I was told over and over that networking was the best way to find a job, but I was stuck back at my parents’ home in a small town. My friends from college were either in the same boat, had moved away to start jobs or had, in desperation, joined the military. But then it turned out that my friend from Meetup really was the key to finally getting a job. I learned that networking worked. My advice to anyone looking for work is to get out there and meet people and once you do, tell them you’re looking for work.

The single most important thing I learned during my long job search was not to give up. Graduating just as the economy crashed was a little demoralizing. Everyone hopes to get a job right out of college. For me, that just did not happen. Weeks went by and then years. I was tempted to give up, but I didn’t. I continued to send out resumes; sometimes I sent three or four a day. I exercised, kept in touch with friends and searched the Internet for tips on job-hunting and interviewing. And it paid off. I did find a job.

The university I had recently graduated from did offer a â€œhow to find a jobâ€ workshop. Sadly, at the workshop the speaker mostly talked about how three people in her four-person department had just been laid off! That was not very encouraging. The rest of the workshop focused on how to stave off depression while facing extended periods of unemployment. Again, that was not very encouraging.

If I could change one thing in my career past, I think I would have put more time into making contacts while I was in school. I mostly concentrated on my art and my grades. I had an opportunity for a gallery showing and I let it pass. I wish I had accepted the offer. I think I could have made valuable contacts that way which might have made my job search easier.

If you are an African-American looking for a fulfilling career, try AfricanAmericanHires.com where you can find thousands of jobs with one click.

Erich Lagasse works for justjobs.com and is one of their content specialists. The interview account above by Erich explains how networking proved to be the best way to find a job for an artist.