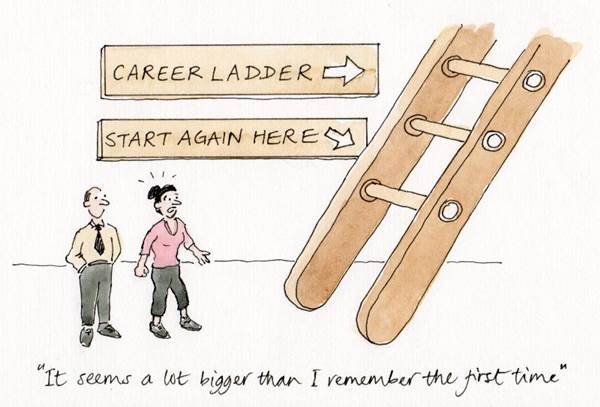 A career change can bring up unforeseen challenges for most of us. It is a decision to be taken after careful thought and minimizing any risks involved. We can divide people who are going in for such a change into two categories:

The first kind being those who have been pushed into taking a decision to change their career and job by circumstances beyond their control. Such circumstances include being laid off, a necessity for moving to another place because of family compulsions and sometimes because of a tangible change in personal health conditions.

The second kind are those who willingly want to make such a transition either because they are no longer satisfied in their present career or they donâ€™t see any further growth for themselves at their current position. They also may think that a previous choice of career, that they had in mind a few years back, would have been better for them.

Whichever group a person changing a career belongs to, it is natural that a horde of apprehensions and fears flood their minds. Even though human beings by nature constantly adjust to changing environments, breaking out of the comfort zone of an existing means of living like a job, demands courage and foresight.

Then how to deal with such fears?

Just like any other important venture in life, a career change entails careful planning and researched avenues in order to create foresight as mentioned before. Rachel Brushfield, Director of The Talent Liberation Company Energise, explores the subject in her article â€œCareer change fears and how to conquer themâ€ published in The Telegraph (UK).

She acknowledges that a career change can be a â€œscaryâ€ and â€œdauntingâ€ experience for many people â€œbecause it affects your financial security, prospects and statusâ€. However, she is also of the view that since â€œit is less common for the working population to stay in one career for the whole of their working lifeâ€, a transition to a new career might open new opportunities and excitement if the risk factors have been minimized.

The safest way then to go ahead for a career change would be to get well informed about all the positives and negatives and work out a wise solution based on an individualâ€™s priorities. When you start scouting ahead, most people would warn you against opening yourself to the uncertainty you might face. It is largely because they are happy to live in their own comfort zone while you might be deciding to break out of yours.

It is up to you to decide whether to go ahead based on the degree of your need and passion. With the ups and downs of the economy and the number of people chasing jobs, your decision requires careful scrutiny.

Among the common fears that you might face, as Brushfield says, there is â€œfear of failureâ€ and â€œfear of regretting the decisionâ€. On the flip side of the coin, however, if you donâ€™t or canâ€™t go ahead, then you may nurse regret of a different kind. Because once you start contemplating the career change and then withdraw, you will always think of what could have been. Brushfield has given some very good tips to fight your fears like â€˜asking for adviceâ€™ and â€˜recognizing your own qualitiesâ€™ among others.

Take the Plunge – but not on a Whim

Finally, I would add that an informed decision about a career change that takes into account all the pros and cons mentioned above is much better than taking a plunge on a whim or without thoroughly researching your options. But if you are already decided, after having diligently gone through the above process, please be aware that a lot of people did if before you and many of them have flourished in their new roles.

For complete text of the article by Rachel Brushfield, please visit: