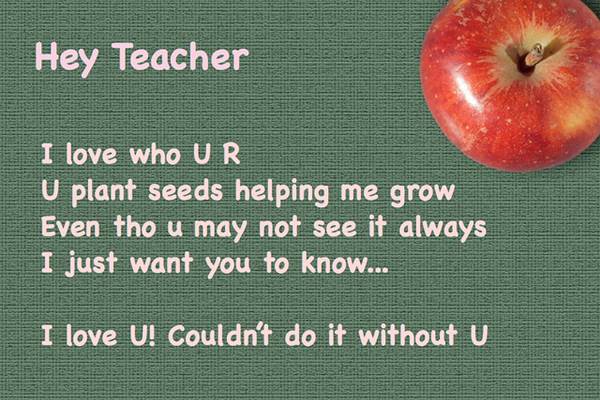 Like many other sectors in Australia, the education system is concerned about a shortage of skills. What makes this sector unique is that new positions are emptied soon after being filled, as opposed to other industries where positions are empty because professionals are reaching retirement age.

The generational issue is playing a role in education, but is not the primary cause of the skills shortage. Teachers cite the stresses of the working environment and the inadequate preparation they receive for dealing with those stresses as the reason why they leave (perthnow.com.au). Letâ€™s look at some figures:

Essentially, teachers feel unprepared for the nature of the work. Psychologists receive specialized training for dealing with patients, and some teachers feel the same kind of training should be given in their profession due to the emphasis on relational work, especially in dealing with younger children.

Teachers also cite poor working conditions and heavy workload as reasons for leaving. Inadequacies in administration contribute to both the workload and the lack of preparedness, such as the case of educational institutions in Victoria, where new teachers were supposed to receive a mentor who would help them in the early stages, but some received mentors who were too busy to help them while others simply didnâ€™t receive a mentor at all (theage.com.au).

What it all amounts to is an occupation with one of the highest stress levels in Australia, with 49% of teachers reporting stress compared to 31% of people in nursing, 29% of people in managerial positions and 27% of people in professional and support positions.

Strain on Teachers Places Strain on the Economy

The generational issue is also playing its part, with teachers being the second oldest workforce after agriculture, and with 25% of them expected to retire in the next five years. This, in turn, affects the universities which are lacking in experienced educators to prepare new students, half of whom will be required to replace the teachers who left the profession within five years of starting. The cost of replacing all those teachers places significant strain on state budgets.

Some, such as the head of the Education Department in South Australia, claim that the teacher shortage is a myth; although, he admits to teacher shortages in maths and science, and in rural areas. And, in truth, some areas are experiencing a surplus rather than a shortage; for example, visual arts and personal development areas. But areas such as maths, science and technology are faced with shortages which hold back the development of Australia’s digital economy and the progression of information technology that has become essential in every industry.

The issue remains that retirement is reducing the workforce, and what workforce there is left further diminishes due to poor preparation for the requirements of the profession.

The Department of Education and Training is turning to overseas skills to help address the issue. There are also government initiatives geared towards making the profession more attractive, including raising salaries and offering scholarships.

The Australian Council of Deans of Education is urging better preparation in training courses and greater investment in support structures for teachers. In fact, they believe the majority of work needs to be initiated in the schools themselves since the requirements of employees in one educational institution might be different from those in another. They’re also advocating the establishment of a national database that can be accessible to teachers and educational institutions where both can register their requirements and the difficulties they’re facing.

In a country with an aging population and skill shortages in almost every industry due to retirement, such measures would go a long way to ensuringÂ  Australia has a workforce of teachers who are adequately prepared, so that they themselves can prepare the workforce of Australia’s future.

Written by Matthew Flax on behalf of Skilled Migrant Jobs, a job board that helps professional immigrants find jobs in Australia.