You are here: Home / At Workplace / 5 Infamous Disasters in the Field of Civil Engineering 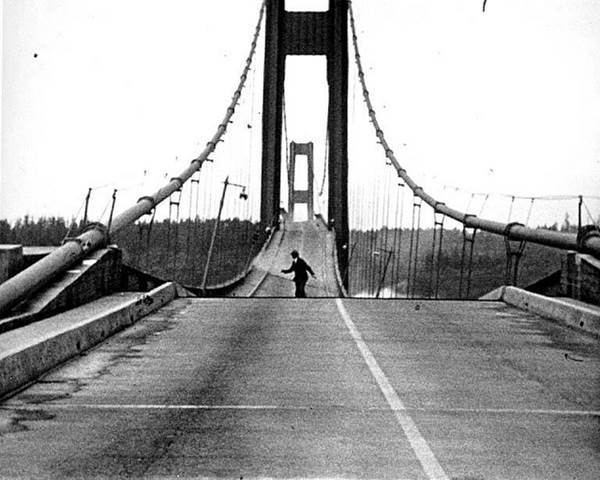 Letâ€™s take a look at some of the most infamous constructions that have collapsed over the years. Itâ€™s time to learn from our mistakes and do better.

If you want an example of American class distinction in the late 19th century, then look no further than Johnstown, Pennsylvania. The South Fork Fishing and Hunting Club built for the rich and famous near Johnstown was responsible for its flooding. The poor maintenance of the South Fork Dam at the hands of the fishing club resulted in its rupture. About 20 million tons of water washed over Johnstown killing over 2000 people. The townâ€™s people were made up of the families of steel workers. The Red Cross dealt with the aftermath of the flood and provided relief to the survivors.

Just 39 years after the Johnstown incident, another dam ruptured in California killing 600 people. This time it was due to human error rather than negligence. The dam was designed and built by William Mulholland, who, needless to say, never built another dam after this catastrophe. What drove the proverbial nail into his coffin was that he had inspected the dam 12 hours before it ruptured. The 600 people that were killed due to the failure of the St. Francis Dam, remains in Californiaâ€™s history as the second greatest loss of life. Whoâ€™d have thought that one manâ€™s miscalculation could claim so many lives?

If youâ€™ve ever attended a civil engineering class, youâ€™ll know about this bridge. Itâ€™s a cautionary tale for civil engineers all around the world. Before the bridge collapsed on November 7th 1940, it was violently shaking in the form of waves due to the wind. Fortunately, no human life was lost in the incident, but the same canâ€™t be said for K9â€™s. A Cocker Spaniel named Tubby refused to get out of the car while people were evacuating the bridge. At its time, it was the third largest suspension bridge in the world; now it serves as an artificial reef under the Tacoma Narrows strait.

A structural collapse doesnâ€™t necessarily mean the whole construction has to come tumbling down. The Hyatt Regency walkway collapse in Kansas City, Missouri is proof of that. Two walkways collapsed on the hotel lobby due to structural weakness. What makes the story worse is the fact that there was a dance competition being held underneath. 114 people were killed and 216 people were injured. Ironical, isnâ€™t it? A whole bridge collapses and thereâ€™s no loss of life and here two walkways kill over a hundred people. The hotel should have conducted remedial construction services beforehand.

Bad Reichenhall is a town in Germany thatâ€™s known to receive heavy snowfall. On January 2nd 2006, the roof of an ice rink collapsed and bad weather was blamed as a factor. However, in reality, the accumulated ice over the roof was well below the limit. 50 people were trapped underneath the rubble as rescue operations began. Ultimately, 15 people were killed due to the incident, out of which 8 were children. Another 32 people were amongst the injured. Although bad weather was cited as the reason for the collapse, people believe negligence was the true cause, as officials were planning on closing the rink on the day of the accident.

Now that youâ€™ve read about the catastrophes that have occurred over the years in the field of civil engineering, youâ€™ll appreciate how dangerous it is to be anything less than perfect. Thereâ€™s no room for error when your constructions shoulder the weight of human life. As we move into a future with technological advancement, there will be bigger and more complex civil engineering projects undertaken. Letâ€™s just hope that we do not repeat the mistakes of the past and put more lives in danger.

Andrea Warren is an employee at Central Systems, a reputable civil construction company. Andrea is a fitness-freak and follows her exercise schedule very strictly.