You are here: Home / At Workplace / 5 Promising NBA Careers Ruined By Recurring Injuries

The NBA is considered to be the pinnacle of professional basketball. An athlete has to be one of the best basketball players in the world to find their way into a NBA teamâ€™s roster. There are numerous players who enter the league with plenty of potential, but few are able to live up to the hype. On occasion, injuries are the main culprit behind a lacklustre NBA career.

Here are 5 promising NBA careers that were ruined by injuries that refused to go away: 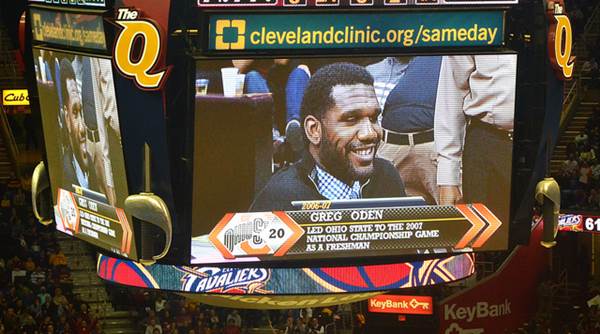 The hype around Greg Oden before the 2007 NBA Draft was definitely justified. Not only did scouts declare Oden as the next big thing in the NBA, he was going head-to-head with Kevin Durant for the overall number one pick. Oden beat future superstar Durant as the number one pick by the Portland Trailblazers, but immediately had to go undergo knee surgery in September that year. The microfracture surgery was only a sign of things to come.

When he was on the hardwood, Greg Oden had no problems dominating the paint and was never intimidated by older, more experienced players. Trouble is, he spent very little time on the court and most of his time recovering from an injury. His troubles with injuries got so bad, the Trailblazers decided to waive him. He may be only 25, but it is safe to say he will never really achieve even a fraction of what was expected of him during the 2007 Draft. 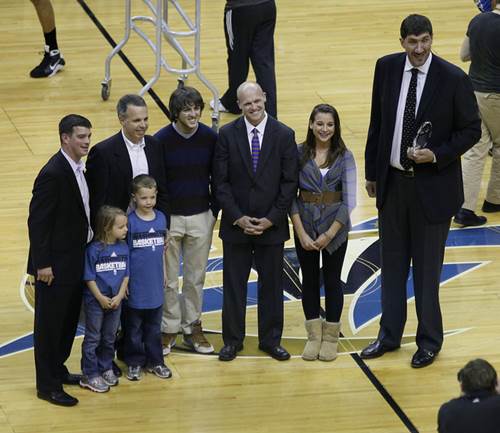 At 7 foot 7 inches tall, Gheorghe Muresan is undeniably one of the tallest players to grace the NBA. While versatility was never one of his strong points, the Romanian had a work rate high enough to match his towering stature. Muresan dominated in the paint and even went onto collect the NBAâ€™s Most Improved Player award for the 1995-96 season.

Unfortunately, his body couldnâ€™t keep up with the rigorous demands of the NBA. Muresan consistently had to battle ankle and back injuries, preventing him from improving even further and realising his potential. The injuries took their toll over time, forcing Muresan to retire after only 6 seasons in the NBA. Comeback attempts in France were also stifled because of injury concerns. 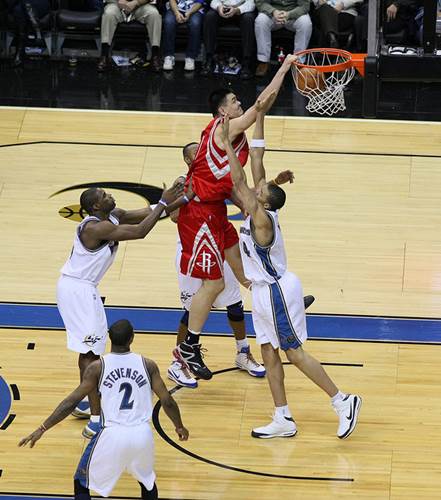 NBAâ€™s amazing popularity in China is almost single-handedly down to Houston Rockets legend Yao Ming. When he was drafted number one overall in 2002, he was expected to be the franchise player who would make the Rockets a legitimate contender for the Championship in the long run. With a backroom staff willing to build a team around him, Yao Mingâ€™s on-court performances never reflected any anxiety he might be feeling by the great expectations placed upon his shoulders.

Although his shoulders carried the weight of expectations superbly well, his knees and ankles failed to keep up. Yao announced his retirement in July 2011 and he will undoubtedly be remembered as one of the greatest NBA players to have never won a championship ring.

Brad Daugherty entered the NBA as a legitimate future legend and the Cleveland Cavaliers wheeled-and-dealt their way to select him as the number one pick at the 1986 draft. With a strong rookie season, Daugherty established himself as a double-double machine for the Cavaliers. Averaging 19 points and almost 10 rebounds per game, Brad Daugherty became the all-time points and rebounds leader for the franchise, until another number one pick, LeBron James, broke both those records.

Sadly, a series of back injuries prevented Daugherty and the Cavaliers from reaching the Promised Land. Eventually, the injuries got so bad that Brad Daugherty had to retire after only eight seasons in the league. 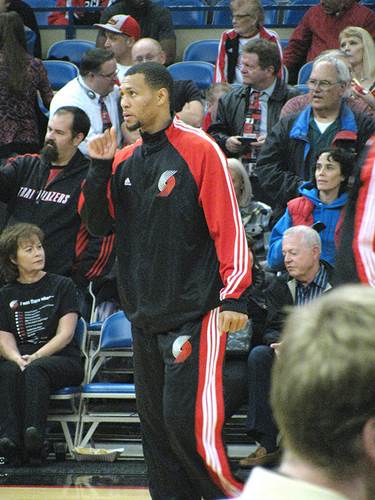 Brandon Royâ€™s career has proven to be more frustrating for the Trailblazers than that of Greg Odenâ€™s. Unlike Oden, Roy was never touted as the next big thing, but the talent was definitely there for everyone to see. Drafted in 6th place in the 1st round, Roy was quick to show off his potential to the Portland fans. Even though a heel injury made him miss 20 games early in the season, Roy put in some stellar performances to win the 2007 Rookie of the Year.

Sadly, in the following seasons, Roy spent more time injured and less time winning awards. Brandon Roy proved to be a leader for the Trailblazers, on and off the court, when fit. But, the amount of time he was fit was disappointingly low. Royâ€™s knees degenerated to a point where there was no cartilage in both of his knees, forcing him to retire before the start of the 2011-12 season. Although Brandon Roy did return with the Minnesota Timberwolves for the 2012-13 season, he was waived by the team after only five games when his right knee went under the surgeonâ€™s knife yet again.

Although the NBA has lost many star players to injuries over the years, these 5 are definitely golden examples of how recurring injuries can play havoc with an athleteâ€™s career.

Sydney Vila is a part of the team atÂ Step Up Physical Therapies, a sports injury clinic in Melbourne. She is a huge NBA fan and in her spare time, and loves to share her knowledge about fitness via blogging.