You are here: Home / At Workplace / 9 to 5? Not Anymore – The Rise of Alternative Work Schedules 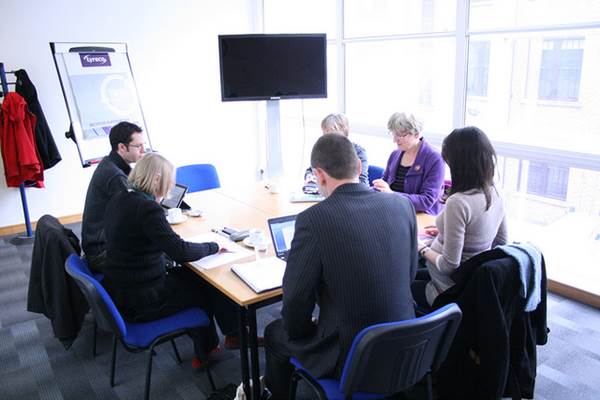 When you think about what you want from your career, a 9 to 5 schedule is probably not at the top of the list. But for most people, regular work hours seem like a necessary evil. You probably grew up with parents who went to the office early in the morning and came home around dinner time every night, so you might not be aware that workers have been taking advantage of alternative schedules for decades now.

According to the Bureau of Labor, alternative schedules have been popular since the 1990s, and by the start of the millennium, nearly 30 percent of full-time workers did not work 9 to 5. Since then, technology has led to a rise in telecommuting and researchers have discovered the many health and lifestyle benefits associated with alternative hours.

Should you also be seeking out a new schedule?

1. The Types of Alternative Schedules

A slight alternative to 9 to 5 hours is to simply adjust your start time during a typical 5-day work week. That can mean working nights instead of days or starting early in the morning to avoid long commutes and keep your afternoons free. Many people also choose to work four 10-hour days instead of five 8-hour days.

The benefits of having one weekday to yourself per week are numerous, and it can even help the company because you won’t have to take off from work for doctor appointments or other obligations. There’s also partial or total telecommuting, where you perform work tasks from your home office. More and more companies are becoming open to letting employees work from home, because as long as they maintain productivity, it could save everyone time and money.

OHS reports on a University of Minnesota study found there are multiple benefits for both the employer and the employee when flexible work schedules are embraced. Alternative schedules actually increase productivity and turnover by 45 percent, and 17 percent of employees said that flexible schedules are more important to them than higher paychecks.

Workers on alternative schedules reported getting close to an hour more of sleep per night, and they were far more likely to visit a doctor to treat an illness rather than feel obligated to work. Alternative work schedules also radically improve family life, decrease stress, and improve overall job satisfaction.

Though the benefits of alternative schedules for the health and well-being of employees are seemingly inarguable, there are a few issues that employers still have. It takes a certain amount of self-discipline to work at home, and making sure employees can compartmentalize and organize their life is essential to making sure work still gets done.

It’s important that work remain a priority, which is why many employers still limit which types of jobs are eligible for alternative schedules or telecommuting and ask each employee to go through an application process to see if they should be granted permission and how the lines of communication with managers will remain open.

It’s hard to see a downside to letting employees have a greater freedom and control of their life and turning work into something less stressful for everyone. Times may have changed since your parents went off to work, but that only means there is a greater need for personal responsibility to go along with the conveniences of the technological age. You can still build your career, but you might get to do it on your own terms.