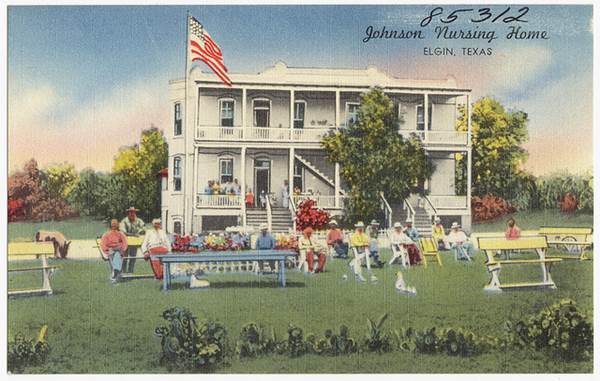 Considered working as a Licensed Practical Nurse at a nursing home for senior citizens? This interview will take you through the ups and downs you can expect in the position, what it takes to land the job, what you can expect to earn and more. This is a true career story as told toÂ allbilingualjobs.com/Â and is one of many interviews with nursing professionals which among others include anÂ operations specialists, aÂ paralegal, and everything in between.

I am a Licensed Practical Nurse at a nursing home for senior citizens. I have been doing this for just over a year. If I had to describe myself using three adjectives, the words would be imaginative, inquisitive, and caring.

I’m an African American which always makes me wonder, since all of the patients are very old, if they had different feelings about black people when they were younger. However, they all seem to like me very much. Other than that, my race hasn’t really been an issue.

I am a floor nurse, which means I take care of all the patients on one floor. Well, half of one floor; there’s another nurse on the floor with me. I give out medication twice a shift (about an hour or more each time), handle emergencies, and generally monitor the health of about 20 patients every day. The LPN spends much more time with patients than the doctors do, and I enjoy that. 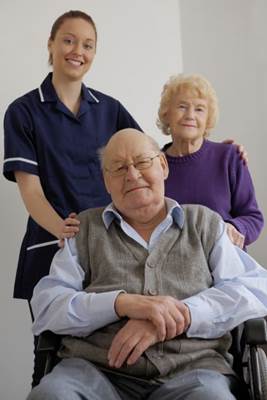 I would rate my job satisfaction about a 5 on a 1-10 scale. To make it a 10, I’d have to be an RN/Registered Nurse. They have more nursing education and are allowed more freedom at the workplace and in general, as they are usually hired more easily than those at the LPN level.

I would also be happier as a doctor or a nurse practitioner. They seem to have the most freedom insofar as what they want to see done for the patient. It can be really challenging to think that though you know what’s best for a patient but still need permission from someone else who sees them less frequently, just because they spent more time in school.

This job really fits with my need to help people. The people I care for really need my help, so I am so glad that I can help them. It’s also nice when I have a chance to chat with them as many of them have great stories to tell.

I speak Spanish which has helped me communicate with some of my patients’ relatives. Some of those relatives are immigrants who can’t communicate in English.

Future of LPN as a Career

I got laid off from a previous job and had a relative who was a nurse who recommended nursing. If I had it to do all over again, I would go for my RN designation and just skip the LPN. I keep hearing that they are phasing out the LPN and the economy is so bad that many facilities prefer to hire RNs and certified nurse’s aides than LPNs. There also seems to be a new crop of technicians coming up all the time, each doing certain tasks any LPN can do but for much lower pay.

One thing I learned the hard way is that nurses do a lot more than the public believes they do. They spend more time with the patients and they are much more hands-on than doctors. As a student nurse, I watched someone have a heart attack and so many nurses, respiratory therapists, and other stuff were hands-on with the patient and the only thing the doctor did was tell everyone what to do – and they all seemed to know already. I don’t even think the doctor touched him once.

New LPNs need to have patience

One thing I learned outside of school was that people don’t always have patience for new people starting out. I don’t know if they view them as a threat or what, but I’ve found that more experienced nurses seem to get exasperated if there are too many questions. People are also set in their ways and don’t like to be corrected. I’ve seen people do things I was taught not to do just because rules have changed and they do NOT want a new nurse telling them how to do anything.

I get up and go to work everyday to support my family but I have to admit it feels good when I walk into work and the patients are happy to see me, or when I come back after a few days off and they’ve missed me. Dealing with the patients always makes everything worthwhile.Â While working with the patients is terrific, it can be hard as an LPN to deal with bureaucracy. The nurse’s aides often think they know more than the LPN and make jokes about how the LPN couldn’t manage to be a RN, and the doctors and RNs don’t really pay attention to what the new LPN has to say.

It’s particularly stressful because most times the nurse’s aides don’t have any idea how much I had to learn to be a nurse. They see me going through the motions and think they can do my job, but they can’t. They often ask me to help them do their job but that takes time away from my own responsibilities. You really have to learn to say no.

The job can be extremely stressful if there is an emergency, especially if there is a death. I’ve never had that happen to me but I’ve seen other nurses be interrogated as if they were in a courtroom. It can also be stressful to deal with a patient’s family who often aren’t medically trained and can be upset with some things and take it out on you. You really have to keep in mind that this is someone’s life you’re dealing with and a missed medication or a falling incident can be a big, big issue.

The salary is 20-30 dollars an hour which is alright. However, for the work I do, I don’t feel that I’m paid enough. I often do work similar to an RN and get paid only half of what the RN is paid. I get a standard few weeksâ€™ vacation and it is OK.

Anyone considering this line of work should get their RN designation, not the LPN designation. It means more school but when you get out, it means more opportunities, more money, and more freedom. If I could write my own ticket, I’d be a nurse practitioner which is a step above an RN. You can write your own prescriptions and, for most purposes, operate similarly to a doctor.

Patricia C has a degree in International Relations and enjoys learning from other cultures and traveling.Â