You are here: Home / Career Change / From NASA Employee To Writer 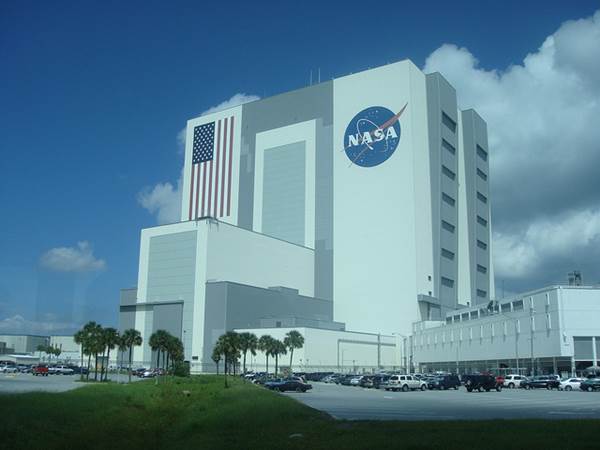 Ever wondered what would it be like to be a writer? This interview will take you through the ups and downs you can expect in the position, what it takes to land the job, what you can expect to earn and more. This is a true career story as told to â€˜DiversityJobs.com street smartâ€™ â€“ a collection of true work-life stories told by members of minority groups (including women), from an ESL teacher to a customer service manager, and everything in between.

As of late, I am working as a writer at home after more than forty years of work experience in the work force – but not necessarily as a writer. This has come as a recent epiphany to me within the last year although Iâ€™ve always considered myself a little gifted in this area. If I had to describe myself, it would be as a self-motivated, independent and optimistic individual.

Being a native-born New Yorker, I can best describe myself as a Latin from Manhattan. By Godâ€™s grace I have never experienced discrimination except one time when applying as a salesperson in a very well known chain of stores.

There were several high school grads applying for the same position and they were neither experienced nor savvy about store sales. Yet, all of them were hired while I, the one with the experience and expertise, was not. It was at the height of the â€œaffirmative actionâ€ movement. I just shrugged and wished them well.

After having graduated from a computer school in Pasadena, California, I was offered a contract job as data analyst for NASA on the first Martian orbital mission – Mariner 9. Wow! The most glamorous job and obtained by the school’s excellent job recruiting dept. However, the budget ran out and I was offered a promotion but I’d have to re-apply as a minority. I declined. I wanted to be hired because of my merits and not because of “quotas”. The Apollo program was long over and I decided to move to another state as I knew nothing would be available until later Shuttle flights.

Currently, I write articles for those in need of content for such things as: news releases, blogs, research, expositions, and thesis – whatever requires a writer. Many times, I’m hired as their anonymous ghost writer. If I had to rate my job satisfaction, it is 10+.

As stated previously, it not only is what I love to do, naturally, but it also helped me find my true identity. I’d like to do it for the rest of my life.

I just retired last year and felt that I had run a full course career-wise; however, no noticeable achievements completed. I had gone back to college and the work force several times in various positions. However, despite my age, I felt I still had much more to contribute. So I kept taking courses, working at different job descriptions. 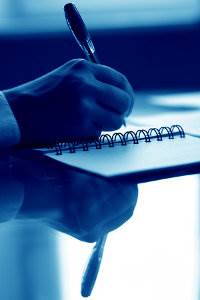 The way I started as a writer was in junior high school writing impressive essays, reports and engaging in other forms of literary pursuits. The teachers were impressed but no one suggested I pursue writing. So, I did what a lot of other girls did – I became a teacher; moreover, went on to a vocational computer training school. At least that set the course for me concerning computers and my future. Being a good writer is not easy; however, being an excellent one is even harder. I am neither. My creativity is limited. Now Iâ€™m further learning by taking online courses as to how to further sharpen my writing skills.

Keep learning, just keep learning and working towards a goal no matter your age. Donâ€™t stop ever from going in a certain direction if the little voice inside you says “keep going”.

A strange thing has happened recently in this type of work – I realized what low pay comes in as income. What I had previously earned in one hour, I now earn in about two days of 9 work hours each. Eighteen hours of work vs. one hour is not very encouraging. But I gladly do it as Iâ€™m having so much fun doing what comes naturally to me.

One of the reasons I get up to work each day so gladly is that I work at home, have no boss over me and can schedule and re-schedule my writing gigs as I need to. I can also accept or not accept the assignments as they come in. I love it all! I have no challenges except trying to complete every assignment better than I did the last one. And as for quitting? No way!

There is no stress whatsoever except when I get a client who is dissatisfied with my work. It doesnâ€™t happen often but if it does, I just do the revisions and continue on to the next client. However, I do have a â€œblacklistâ€ of annoying clients for which I refuse to do work.

Writers have to keep writing regularly in order to have a “near” average salary. Freelance writers on the Internet earn even less but can get more name recognition which is what I have done. However, by writing in my own blogs, being a guest writer on other sites, and increasing the number of assignments, I can easily live within my means. Iâ€™d love to travel and would like a short vacation but I love my work too much right now to even think of a vacation.

Things You Need to be a Writer

I would say having a good command of the language — spelling, grammar and syntax is crucially important. Most clients donâ€™t know good English when they hear or read it but many do and they deserve the best work you can put out. Either way, I would say, being self or formally taught is vitally important. Being an avid reader is a great help and knowing the basics of computers and/or being Internet savvy is extremely important.

If I were to advise a friend I would say: believe in yourself, donâ€™t be easily discouraged and keep on writing. In the future, Iâ€™d like to be doing the same thing I am doing now — the very same thing.