You are here: Home / Career Exploration / Life and Career as a Female Truck Driver 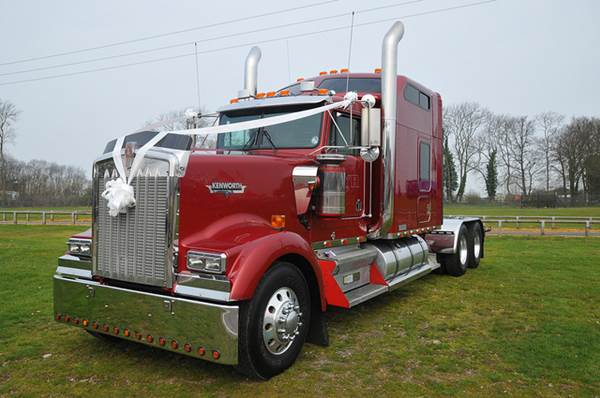 Are you a female that has considered working as a Truck Driver? This interview will take you through the ups and downs you can expect in the position, what it takes to land the job, what you can expect to earn and more.

There is More to it than Driving

Although the driving is a large part of the job, itâ€™s by no means the only part of this job; you also have to keep up with log journals that track your trips, but now thanks to GPS and on board computers, this has become much easier.

Aside from the book work aspect, there is also the managerial aspect to consider. There usually is someone at your drop location to arrange the unloading of the truck, yet there are times when you may have to arrange this on your own. Furthermore, truck drivers must also be good with scheduling because they have to arrive to the destination at the specific times they’re expected, and drivers are allowed to drive a specific number of hours every day.

If I were to give a grade of 1 to 10 on how happy and satisfied I was with my job, I would give it a seven. The only thing I might have changed about my job was being away from home and the prejudice that females get in this industry.

I think what moved me the most about this job was that instead of merely reading descriptions about places to picture them in my head, and then dream about them, I was able to see them with my own eyes.

A Fairly New Profession for Women 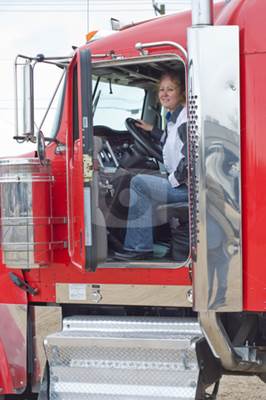 Although there is nothing new about being a truck driver, itâ€™s still a fairly new profession for a woman. While there are more of us than what there used to be, there have always been a few of us in the trucking profession. The truth is that not many women stay in the field for very long.

I think what attracted me so much to the trucking industry was the fact that my father and older brother were both truck drivers. From time to time, I would go on runs with them and loved the traveling, so when I grew up it just seemed like a natural choice to make.

The misconception I had when I first worked in the trucking industry was that since I was a woman, fellow truckers would be eager to help, especially the men, out of chivalry if nothing else. Although truck drivers will be happy to help when and where they can, they stick to one tried and true rule; they have to do their own work and expect the same out of you, even if you are female. I understood this when I had to slide a bracket that extends the fifth wheel of a trailer. I automatically assumed one of the guys would lend a hand and thatâ€™s when I learned this particular lesson of pulling my own load.

When it comes to lessons learned outside of school and how it is in the working world, one never stops acquiring lessons; the more one learns the more valuable one becomes. When it comes to strange events in my job as a trucker, there are several but one that sticks out would be the man walking down the highway in high heels and a mini skirt.

Although there were times when I wanted to just sleep in, what kept me going was that I knew I was helping our country by hauling things we all need. While the traveling is great, the one thing that really frustrated me was the endless amount of paperwork that had to be filled out. Every job has a certain amount of stress, and although the stress of schedules and maintenance and paperwork can be overwhelming, now I look at it as the payment for the sights I was getting to see. It all balanced out.

Generally, truck drivers get paid for every mile they drive, yet there are different rates. One rate is what youâ€™re paid for driving with a load; the other is referred to as â€˜dead headâ€™, which means one isnâ€™t carrying a load. But in a good weekâ€™s time one can expect to make about $1,000, give or take. Of course one can also get advances, yet these have to be paid back. The great thing about truck driving is that one can take a few days in between loads and scheduling vacation down time is pretty easy.

A high school diploma is mandatory as well as attending a good trade school that teaches one the technical aspect of driving a big rig. After all, these aren’t regular trucks or cars. For anyone who wants to go into this field, I say â€˜go for itâ€™ but keep in mind that youâ€™ll be on the road a lot and away from home. So make that sure itâ€™s the right choice for you.

When it comes to what I want in the future, as a woman, I want a family. But I also want to be able to take my kids and show them the amazing sights I have been able to see in my days as a trucker.

This is a true career story as told to LogisticsJobs.org and is one of many interviews with logistics professionals which, among others, include a Logistics Customer Service Representative.