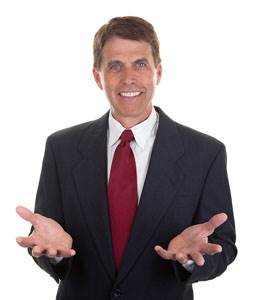 A veteran salesperson with a history of successful job hunting strategies reveals how to land interviews. Learn from the successes and the failures of this Sales Pro.

I have been in a sales environment off and on for about 15 years. Currently, I am a sales rep for a company that offers customer service training to various industries. I have worked with this company for almost four years but I have only been in the sales position for about six months. I was very fortunate to have found this job when I did.

After the birth of my son, I was looking for a telecommuting position that would work around my hours. Previously, I had been in IT management and I thought a change was in order. After several months and many failed attempts and false starts with unscrupulous employers, I found the company I am working with now. The president had, on a lark, placed an ad in Craigslist for help with marketing. I responded and was hired within a few weeks. About six months ago, I began looking for sales positions. When the company I am with learned that I was seeking a position in sales, I was offered the position I hold now.

The single most important thing I learned on my own through my job searches is how difficult it is to find reputable permanent telecommuting positions in the sales industry. Though I never recommend cynicism, I always tell anyone who asks my advice to make sure that they thoroughly research the company that is hiring them. Particularly in today’s climate, there are those who take advantage of people who are so desperately in need of work. Four years ago when I was on my job search, I talked with a number of people who didn’t seem trustworthy. I learned to go with my gut; if something didn’t feel right, it probably wasn’t.

Working In the Sales Industry

When I began working in the sales industry, I worked for a temporary service agency. My position was with a branch of a very well known business that places temporary workers on job assignments. I pounded the pavement, seeking new clients for our office.

As part of my job, I had to know as much about the company as possible, so I spent many hours in the branch office, looking over resumes, learning about interviewing techniques and sitting through training seminars. After three years in this job, I began looking elsewhere for employment and found that all the skills I learned were very applicable to finding a new job.

My job search was successful because I knew that a resume was key to landing an interview. I had seen resumes get dumped into the trash for professional placements when they didn’t have proper grammar or if they were handwritten, but I had also seen many passed by because they didn’t stand out.

Since then, I have always made sure to have an updated resume but to also tailor it specifically for each job, highlighting skills that are important to the position for which I am applying. I have sent out dozens of resumes over the year and I almost always get an interview, even when my experience doesn’t necessarily apply to the specific job.

Pick Up the Telephone

Many do not realize it but willingness to pick up the telephone is vital during a job search. After I send resumes, I wait about a week and then I call the prospective employer’s human resources department. Especially now, with the job market in the shape that it is in, any professional sales job might get fifty or more resumes and even the best resumes can get lost in the shuffle. Unfortunately, a lot of job seekers send out resumes and leave it at that. If they don’t get a call from the company, they move on. Simply picking up the phone and inquiring about the status of my resume has gotten me a number of interviews.

About two years ago, I had decided to apply for a sales job with a local textbook manufacturer. After a week or so passed, I called the Director of Human Resources and asked if the job had been filled or if my resume was being considered. My call cleared up a problem that they were not aware of; the HR Director thought the VP of Sales was taking resumes and the Sales VP thought it was being handled by HR! The position needed to be filled immediately and I was asked to interview that day. I turned down the job due to the schedule requirements, but I would have never been offered the position had I not taken the initiative to give the company a call.

Learn When to Say ‘No’

A successful job search also involves knowing when to say ‘No’. The no can come at any time but preferably the no should be said before the resume is printed off. It seems illogical to turn down the opportunity at any professional sales position when they seem to be so few and far between, but sometimes the job just isn’t a good fit and it can be better not to explore some opportunities at all. I have seen a number of ads that while they appeared to be legit and from reputable companies, the job descriptions simply didn’t sit well with me.

Putting my best judgment aside, I sent resumes to some and was called on interviews. One particular job required relocating. I knew that I would not relocate for this position but I thought that I could get a foothold, so that if an opening were to become available locally, I would already have an ‘in’ with the company.

My plan backfired quite badly. I traveled more than two hours for the interview, was asked to job shadow for the day, and was offered the position on the spot. They needed someone to start immediately and not being prepared for this turn of events, I came clean about my plan. I was dressed down in a way that I never had been before or since, accused, and rightly so, of wasting their time. It was made clear to me that should a position come open in their local office, I need not bother to apply!

Find and apply for your next successful job interview at SalesJobs.org where youâ€™ll find all the jobs in one place.

Stephen Tanner works for LatPro.com, DiversityJobs.com and JustJobs.com and is one of their content specialists. He has a degree in Business Administration and likes to relate with people from all over the world.