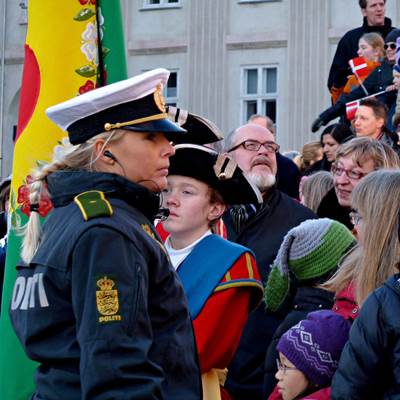 Considered working as a law enforcement or emergency services worker? This interview will take you through the ups and downs you can expect, what it takes to land the job, what you can expect to earn and more.

This is a true career story as told toÂ JustJobs and is one of many interviews with emergency service professionals which, among others, include an emergency services coordinator, a forensic pathologist, and everything in between.

I am a law enforcement officer who has worked in the jail, on street patrol and on the investigative team for our unit. This year, I will celebrate my 10th anniversary in law enforcement. I chose this career because of my hero, who was also an officer, my father. He was killed in the line of duty and I felt it was my place to take over from where he left off. I believe he would be proud of me as I strive to be just like him and hold the same characteristics that he did – hardworking, caring and motivated.

In a profession that is geared to mostly men I definitely stick out. I am one of only three female officers in our unit and do have bouts of discrimination from time to time. Most of the time it comes from men that I arrest or the men that now call our jail home. I get whistles and sexual remarks made from those in jail. I’ve learned to ignore their remarks and not be offended by them. The remarks that do sting are the ones made by the people I arrest. When I am arresting, or even talking to a suspect, you can tell that they are looking at me as if I’m weak. They underestimate my ability based on my gender which is unfortunate since I can often beat any of my male colleagues when running.

Currently I am a full-time investigator with the Sheriff’s Department. My job consists of investigating complaints, crime scenes and working with our drug task force. One of the most common misunderstandings about my job is that we, as investigators, jump to arresting people without fully considering the evidence. Before I ever make an arrest, it is my job to make sure that the amount of evidence against a person points that they are guilty without a shadow of doubt. Arresting a person and then finding out that they were innocent is the hardest things for all parties; for the victim, for the innocent person, for the unit and for myself. It is admitting publicly that I was wrong, and that is something any law enforcement officer does not want to do.

If I were to rate my job on a scale of 1 to 10, it would be a 6. The thrill of a new day and not knowing what each call can bring is exciting. But it is also scary. I never know if the call I’m heading to will be my last. I worry about what my family will do without me. I know that my job stresses them daily and for that I’m sorry. They always say to leave my work at the office and to not bring it home but it is hard. When you have responded to a call that a father just murdered his 10-year-old son, how do you let that go? Things like that haunt you and especially for an investigator who was the first on the scene, you replay the images constantly in your mind.

Finding the Drive to Keep Going

There have been several times when I wanted to quit. But I’ve learned to put the bad experiences behind you and work towards the good. One week, I was assigned to investigate the murder of an elderly couple. They had been murdered in their home and it was clear they had been beaten before the murderer attempted to burn them inside their house. This case had me so emotionally drained that I was considering quitting and never looking back. Then another assignment came in and this time it was for a missing child. The murder case was temporarily placed on hold while all available officers responded to the missing child case. Not to go into too many details, I can happily say that I and my partner found the child in the woods about 10 miles away from his home. The good ending that came from that uplifted my spirit and gave me the drive to find the murderer of the elderly couple — which I did, and is now in prison for life.

Proud to be an Officer of the Law

Being a law enforcement officer is not for the faint of heart. This job will tug at your heartstrings and will also leave you furious at some of the crimes you see. If I had it to do again, I wouldn’t change my career. I have found my place in life and I am proud to be an officer of the law.

Vanessa Price works for LatPro.com and JustJobs.com and and is one of their content specialists. The article above would help someone considering a career in Law Enforcement and also with pros and cons related to that job.