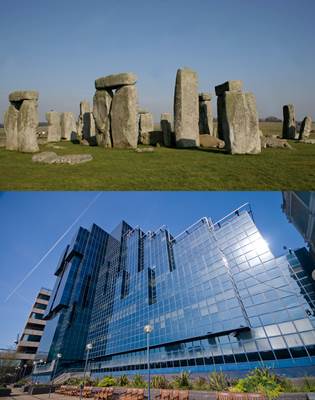 Employment, as an institution, is the driving force behind modern civilized society. However, it was not always so, of course, before human settlements became organized and systems of governance came into effect.

Scientists have pegged the human race as we exist, as Homo Sapiens, at about two hundred thousands years and it is thought the ‘behavioral modernity’ started exhibiting in us around 50,000 thousand years ago. Itâ€™s been quite a ride from the Prehistoric man to the Modern man. Out of all that period, only about the last ten thousand or so years have left clear definable marks and records and that period is what we generally call ‘civilization’.

Along with civilization, while we came out of the jungles and to the relative safety of the settlements, we did lose some natural freedom that the rest of the animal kingdom enjoyed and relatively continues to do so. However, in order to reap the benefits of this progress, it became imperative to provide for ourselves three crucial elements for survival:

In order to achieve these crucial elements, the institution of work or labor was slowly and firmly established. A person has to work according to one’s capacity and skills as well as the availability of that kind of work. In return, one gets compensation by getting paid to get provisions for oneself and to provide for the family.

Fair enough. Only problem is that while the principle is clear and simple, the execution is not.

Over centuries, jobs and careers and ways to achieve them have also undergone changes in keeping with the march of civilization. In the last couple of centuries, the number of people on the planet has risen almost exponentially. The number of people on the planet reached a billion mark just around the year 1800. Another 125 years, and that number was doubled. After reaching three billion in 1960, we are now pushing an amazing 7 billion and beyond! This has certainly created a competitiveness not seen before as the number of jobs has not necessarily kept up with the rising number of job seekers.

The above mentioned fact has made job hunting process a little more (actually, a lot more) demanding. So much so that job finding is now becoming more and more of an art, apart from the mandatory hard work. While some people with good planning and some luck might find it easy to find a satisfying career, most of us have to struggle to find meaningful and well paying employment. As a result, it’s becoming harder to find the targeted jobs and one’s career may remain in a flux or get ‘quagmired’. Keeping this in view, more and more people are using the services of Employment Specialists.

Through my website Career Flux, I would strive to share with you all the useful and practical knowledge, that I have gained as an employmentÂ counselor and job seeker, about finding jobs and making a career, in the hope that someone somewhere might find this material useful and gain meaningful employment by following it.

This processÂ would give me great pleasure and satisfaction.