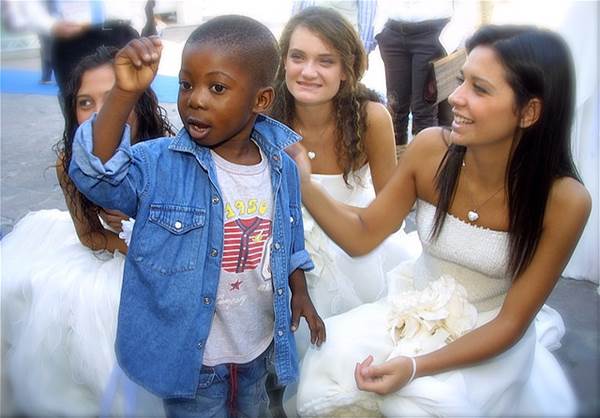 Sometimes even the most enthusiastic of us need a little inspiration. God knows it’s needed, especially if you work or plan to work for a charity. The not-for-profit sector is notoriously competitive and even the most entry-level positions are highly prized. According to statistics put out in January 2012 by the National Council For Voluntary Organizations, charities are feeling the pinch as much as any public sector industry, with redundancies affecting 1 in 11 employees.

Which is all very depressing. But where do you look if you’re in need of reassurance that it’s all worthwhile? There are plenty of examples to be found around the web of people doing extraordinary work for their dream jobs in charities. So, with that in mind, here is a short list of some of the best charity blogs and posts on the internet. No matter what sector you’re interested in, the experiences of those on the front line of charity work will provide some much needed insight, perspective and even a few laughs. It might not be glamorous or even especially well paid but the inspirational work of these dedicated charity workers will help dispel even the most ingrained cynicism.

Lucy Potter is a Family Outreach worker based in Holbeck, South Leeds, where she works with some of the most deprived families in Britain. The work isn’t highly paid and she is often violently rejected by the very families she is trying to help. However, despite or perhaps because of this considerable adversity, Potter is determined to make a difference. This short but evocative video is a wonderful example of the impact one person can have on a community.

The anonymous author of this Webbie-nominated blog, an aid worker in the Sudan, ceased writing in 2006 but the archived blog is as insightful a document on the daily life of a volunteer aid worker as you’ll find on the web. It’s angry, funny and often very moving as the author describes the minutiae of their daily life and discusses the broader political implications of the two million displaced people in Darfur.

Michael Keizer, the Australian editor of ‘A Humourless Lot‘ gave up his comfortableÂ  job in the corporate sector to become an Aid Logistician, working for charities that include Medicine Sans FrontiÃ¨res and his current position at The Global Fund. He describes his blog as â€œa journey through the no-man’s land between logistics, health and aid work; it tries to make it less of a no-man’s land and more of a thriving town.â€ His posts are a compelling mixture of political commentary, personal essays, career advice and rants.

4. From Poverty To Power

The online portion of the book of the same name, written and maintained by Duncan Green, head researcher for Oxfam UK. Recently Green has been blogging about worldwide cuts to aid work, microcredit and why it is that NGO workers find it is so difficult to blog. This is one of the most in-depth and well-informed blogs out there and it is an excellent companion to Green’s book, which he introduces below:

If youÂ  have recently perused the latest OECD aid numbers and you’re in desperate need of something cheering, Stuff Expat Aid Workers Like is an excellent resource for satire, snark and genuine insight into the lives of expat aid workers all over the world.Â  Particularly good is their selection of comedy videos and cartoons gleaned from all across the web, including this one on activism:

Teresa Raines is a freelance writer who specializes in writing about public sector issues and jobs in charities.