You are here: Home / At Workplace / 5 Super-Power Robots to Take Over Your Job Soon 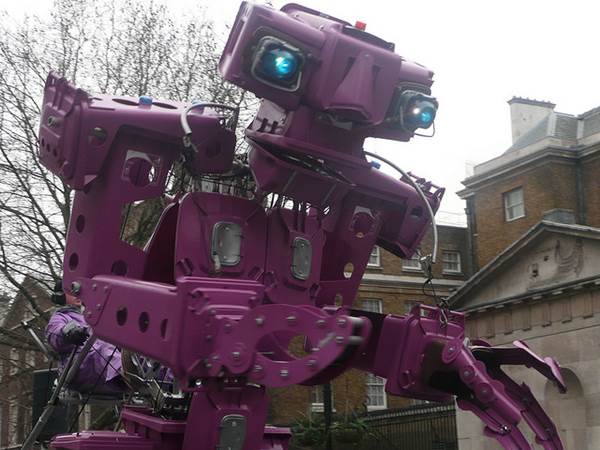 Robots might be something that we think of as highly futuristic but, in fact, they are here with us right now. Just because these robots don’t have faces and aren’t trying to overthrow humanity, the things they can do are still just as impressive and just as amazing and it’s important not to take them for granted.

This is particularly true because when you think about it, robots actually are already overthrowing humanity in some ways – certainly in the job market. A robot can work for longer hours than you can, produce a higher volume of output, create less waste and make fewer mistakes – and more and more of them are being created to start taking over our jobs. Here we will look at five examples of robots that are taking over human jobs, and at whether or not you might be obsolete in a few years’ timeâ€¦

You might not think of a 3D printer as being a robot, but in fact that’s precisely what it is. A 3D printer is essentially a robotic arm with a laser attached that can follow instructions and create objects and that essentially makes it a robot.

And what the 3D printer does is incredible – it allows you to create almost any item or part you could imagine from a range of materials by simply providing it with the correct file. Not only could this destroy traditional manufacturing (as they become more versatile and more advanced), but it could also mark the end of many businesses that sell products which people could now make themselves.

We think of some jobs as being safe from this kind of innovation simply because they’ve been around for so long. These are ‘traditional’ jobs and no robot is going to come and replace themâ€¦ Well, turns out that that’s not entirely true, and actually one of the most traditional jobs of all – farming – can already be done by robots. European farm robots are already being used by some farmers in New York and can milk cows and deal with fruits and vegetables. Lettuce Bot is the name of one such robot, in case you wan’t to learn more.

Not every article you read online is written by a human – some are written by computer programs which might not be robots in the traditional sense but are scarily close to ‘AI’. Of course, AI is better suited to particular kinds of writing – such as sports commentaries and humour – but in theory, this could eventually change and we might see a time when the web grows exponentially by swelling with machine-written content. Google, for now, keeps updating its search engine algorithms to recognize and discourage such mass produced content. 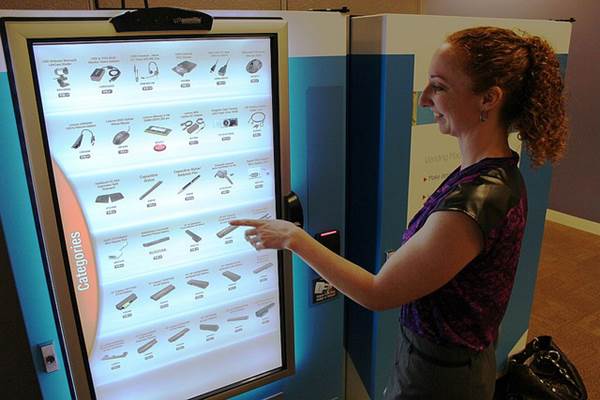 Above: Intel employee Christy Wilson-Kim browses the selection of computer parts and accessories available 24/7 at the second-generation IT on the Go Vending Machines at the Folsom, California, USA campus. Photo Courtesy: Intel Free Press

Self-service machines in supermarkets may be the butt of a lot of jokes, but let’s face it: most of us would rather use those than have to interact with an actual human being, and they certainly do improve turnover for stores too.

Some argue that these machines will never completely replace traditional customer service and that the human touch will always be vital (especially with them going wrong so often). But then there are certainly some industries where this is less true: such as the fast food industry. McDonald’s recently ordered 7,000 touch screens throughout Europe which eliminated the need for many members of staff. Head over to Beijing and you can even find robot ‘chefs’ that slice noodles and perform a range of other jobs.

Self-driving cars are no longer a thing of science fiction: Google has already created cars that can drive for hundreds of miles across a range of terrains with less chance of an accident than a human driver. Not only is this incredible in its own right, but it’s easy to imagine a time when you will no longer need a driver present in order to get a taxi or in order to carry deliveries across the country.

These are just a few examples of robots taking our jobs. There are many other examples of machines that can perform human jobs and many of them either already exist or are just on the horizon. It’s a brave new world, so to survive it, make sure that you have a marketable skill that can’t easily be automated.

Susan David works for Sefton Construction, a company that specializes in stainless steel fabrication in Perth. She enjoys participating in art and graffiti competitions. Whenever she isn’t busy, she enjoys spending quality time with her cousins.